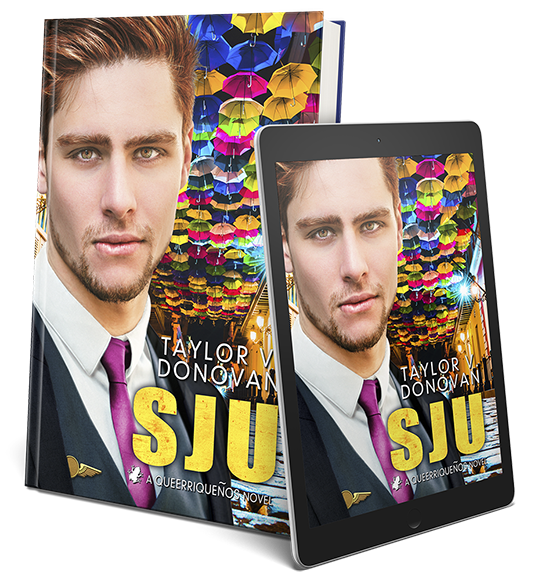 Bailey Watson has been living out of a suitcase from the moment he was born, first, as a missionary kid and, later, as a Flight Attendant. As a result, he has a proficiency for multiple languages and a wealth of intercultural experiences, but no identity of his own, and nowhere to belong.

Afraid of rejection and lacking self-worth, he’s chosen to live life on the sidelines over claiming his Latino heritage, meeting his deeply buried needs, and stimulating his personal growth. That changes when the flight he’s working on gets diverted to San Juan, Puerto Rico, the beautiful island that immediately speaks to his soul.

A Place to Call Home

All Riomar Gautier Venegas wanted when he was a teen was to delve into some light kink. What he got was tricked into a situation that could cost him the respect of his family, his professional reputation, and his job. Years of enduring private degradation and public humiliation have left him broken inside, but not enough not to recognize the love of his life.

Meeting the cutest flight attendant he’s ever seen at 36,000 feet in the air on the worst night he’s ever had was meant to be. Their instant connection promptly turns into the kind of friendship poets write about, and it isn’t long before Río decides to confront his demons and do whatever he must to give Bailey everything his heart has been yearning for.

They might face turbulent times, but he will keep his ginger sojourner earthbound and grounded for decades to come.