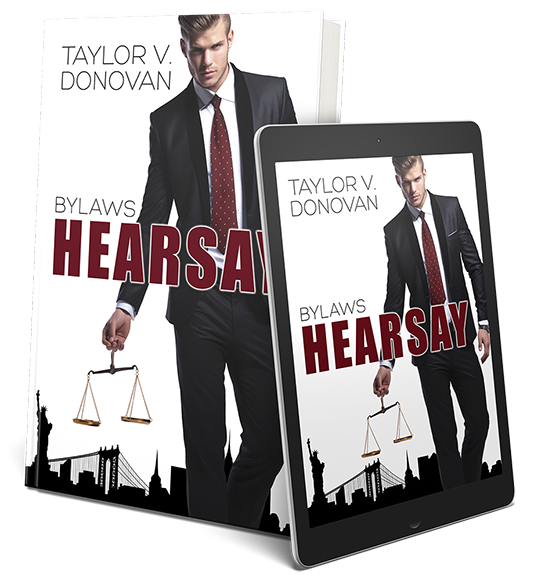 Senior associate attorney Derrick Swain wants it all: a loving husband, a fulfilling career, and a couple of kids. After years of hard work he’s on the fast track to a promotion. He’s also met the man of his dreams. A week of daily lunch meetings in Central Park provides the perfect setting to get to know him better, and Derrick thinks it won’t be long before they take the next step and go on a date. But instead of asking him out, the object of his affection stops showing up without explanation, leaving him to wonder what went wrong.

As part owner of one of the most prestigious law firms in New York City, Roman Bradford knows that professional success isn’t the be all end all. Although he’s been lucky in life, true love has eluded him for the most part. One too many failed relationships have caused him to be leery of trying again, until he meets a man that can only be described as temptation personified. A few conversations is all it takes for Roman to start believing things will be different this time around. It doesn’t matter that they are boss and employee, or that he’s feeling too much, too fast. Not when he can see the same emotions in Derrick’s eyes. Then life turns on a dime, and Roman has no option but to let his chance at happiness go.

A battle of wills ensues when a life-altering case brings them together a year later. Roman wants to do the right thing by not letting anything happen between them, and Derrick is determined to prove they’re meant to be together. Evidence will be presented and final arguments will be made. Will they be able to come to an agreement, or will they opt to have their potential relationship dismissed?

I was fascinated by this book, so much so that I could not put it down till I got the end. You need to have tissues near you when you read this story because it will have you in tears. It is a very intriguing story that will draw you in and keep you captivated.
Lisa - MM Good Book Reviews

I was really looking forward to this new series. It did not disappoint.
Susan65 - The Blogger Girls