Six Degrees of Separation
The By Degrees Series, #2 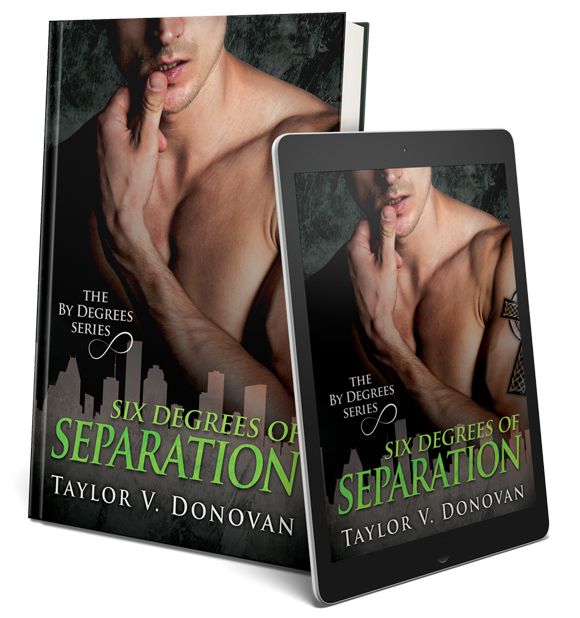 In the sequel to Six Degrees of Lust, F.B.I. team leader Samuel Shaughnessy and bar manager Machlan O’Bannon are exploring a new phase in their non-relationship. The intention is to take it slowly but power plays are still their favorite activity, and it isn’t long before lines begin blurring. After ending their friends with benefits agreement no rules are left in place to guide them, and soon enough the only thing that’s clear is that neither man is fighting hard enough to reestablish the boundaries.

Their particular situations haven’t improved in the three months since their first encounter. Sam is still focused on his immediate family issues, and everything indicates Mac will have to go to war with his own family before he can reclaim his freedom. The last thing they need is additional complications.

But when the opening of a night club brings Mac to New York City and a break in the Leviticus investigation leads Sam to Houston, they discover how closely their worlds have been connected from the very beginning. Hiding from the life-altering collision is not an option. Will they take the easier road and go their separate ways, or will they come to terms with their past and take a chance on each other?

By Degrees is an ensemble serial with continuing story lines. Six Degrees of Separation is the second installment, and it must be read after Six Degrees of Lust.

This book was incredible! I was absolutely on the edge of my seat.
Faye - Live your Life by the Book

I am hooked.
Jay - Joyfully Jay