Six Degrees of Lust
The By Degrees Series, #1 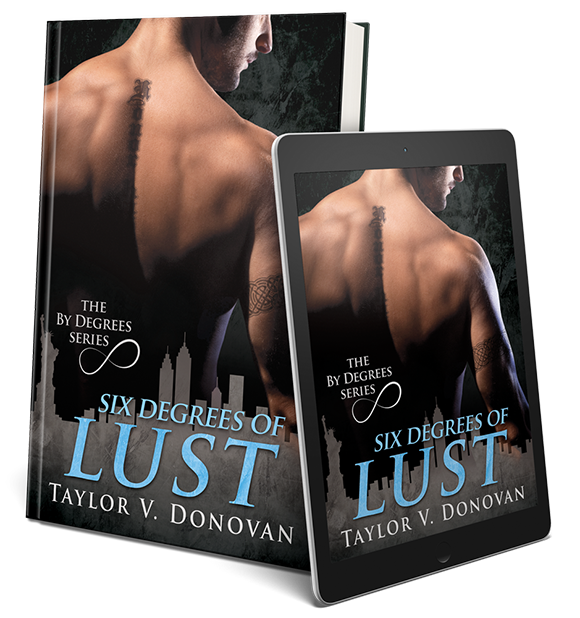 New York City FBI team leader Samuel Shaughnessy lives for his immediate family and his job. After a marriage gone wrong, he has stuck to a firm rule when it comes to relationships: he doesn't have them. Sexually active and emotionally unavailable keeps him satisfied, especially now that he is in hot pursuit of a serial killer targeting gay men.

Machlan O'Bannon manages a successful sports bar in Houston, and after years of waiting, he's ready to stand up and be the man he always wanted to be: out, proud and drama-free. His politically-aligned family wants to keep him locked in the closet, but Mac just wants to be true to himself and live his own life.

One man is as high strung as the other is laid back. A chance meeting brings them together, and one night of passion ignites a fire neither can fight. Their lives are not only miles apart, but as different as day and night. They don't want to get involved, but they might not be able to keep apart.

Six Degrees of Lust is both an ensemble novel and the first installment in the By Degrees serial. This means there are several point of views and the story will continue

I cannot say enough about this story... There were so many plot points dancing all at once, all so magically woven together, so incredibly enticing and intoxicating. That is indeed what this novel is—intoxicating from beginning to end.
Sammy - The Novel Approach

[T]his book is great and I highly recommend it. It's frustrating and complicated, but it's also sexy and intriguing so don't let this one pass you by!
Erin - Diverse Reader

If you are looking for a detailed story you can really sink into, along with a great mystery and hot romance, I would definitely recommend Six Degrees of Lust.
Jay - Joyfully Jay